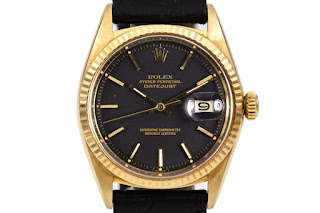 In the midst of a tumultuous time for the watch industry, most companies are battening down the hatches and trying to ride out the storm with as few casualties as possible. Redundancies have been made at Franck Muller and Zenith, and sales are down across the board. Yet in the midst of this, Rolex has announced a massive expansion of their manufacturing facilities at Bienne.

A major commitment such as this speaks volumes for their confidence in the industry, especially since the project will take three years to complete. Once finished the site will contain all of Rolex's production facilities, but this won't be until 2012, long after even the most pessimistic estimate a recovery to be underway.

Planning for a project on this scale (the total volume for the site is a truly impressive 270,000m3) will have been in progress for a long time, and so it is not the concept of expansion that is raising eyebrows, but the decision to continue with the plans even after the full impacts of the credit crunch was felt.

Of course, Rolex was sheltered from the crisis in a way that few other companies can boast - Rolex are a privately owned company with all their shares in a charitable foundation; ensuring a sizeable portion of their profits go to various charitable institutions every year and also that no shares are traded on any stock markets. The chaotic rise and fall of share prices around the world passed Rolex by; a huge stabiliser for the brand's financial plans.

Coupled with this, Rolex have a product that remains in demand - sales have dropped, but pre owned Rolex watches for sale are still one of the most popular brands in the world, thanks to a reputation for luxury and quality, and their renown around the world. Not without reason did Jacques Séguéla claim that anyone without a Rolex by the time they reached 50 had 'failed' in life. While the sentiment behind the statement can be argued over, the choice of watch was arguably spot on.

Rolex watches are an art in themselves; an icon of the twentieth century that has no intention of stepping down now. Where other brands release new models almost every year, Rolex has simply to update its current range - models like the Submariner and Daytona have been popular for decades, and remain an aspiration for all Rolex fans.

Their long-term popularity means that with every modification made to the range, thousands of Rolex lovers upgrade to the latest version of their watch. Demand like this means that pre-owned Rolexes are in high demand too, for those who want a genuine pre owned Rolex watches for sale but don't necessarily want to pay for a new one. Their exceptional quality ensures that even vintage Rolexes work just as accurately as their modern counterparts.

Rolex has cultivated a reputation for quality and reliability, and that reputation is paying them dividends now. Global spending might be down, but the value for money in owning a Rolex still makes them a good choice for any watch fan, not least as an investment.
Posted by Unknown at 4:08 PM